NBN In The Southern Highlands

14 Jun NBN In The Southern Highlands

Posted at 09:53h in Internet by Matt Wilson 0 Comments 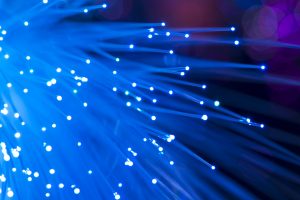 After a long wait the National Broadband Network (NBNCo) has confirmed that the network will be switched on in the Southern Highlands within the next couple of weeks.

From approximately the end of June Highlands businesses and residents will be able to move across to anyone of a host of NBN packages. But according to our experiences and research many will be left disappointed, why?

The NBN was always promoted as the next generation of high speed internet bringing Australia to the leading edge of global internet speeds. Utilising not the old existing copper network but Fibre optic cable originally all the way to the home. Currently it is available in up 100 mpbs speeds which although slower than mobile 4G and much slower than the next generation of mobile internet is still extremely fast for a fixed line.

As mentioned initially NBN Broadband was to be fibre to the home – we had experience of this when residing on the south coast in Kiama Downs, where we sampled the fibre to the home (FTTH) installation and service. All ran pretty smoothly and the increased speed very noticeable – particularly when downloading larger files.

However due to changes of government and budget factors – which we won’t go into here – the NBN has changed to Fibre to the Node (FTTN) or in most cases a new green box about 1.5 metres high that you may have seen in your street somewhere.

According to industry research you can expect fast (almost Fibre to Home) speeds if you live within around 400 metres from that box. However as the distance increases ultimate flat out speed drops considerably too…

This will be a major disappointment to many, we know at our home on the edge of Moss Vale that we’re about 700 metres from the node and are not expecting fast speeds – but we’ll post them soon regardless once the service is setup and compare to our existing ADSL2+ connection.

The other reason many may be left disappointed is the confusing array of plans out there. Many of the big providers offer a cheaper plan which sounds great until you see the fine print. These typically offer throttled – or slowed down speeds – not much faster than your existing connection.

If you want full speed you need to pay for the privilege – to the tune of around $60 per month. This also then depends on amount of downloads and other factors.

You could go with one of the big providers, however in our experience we’ve thoroughly enjoyed working with and recommend the following local businesses:

To check if the NBN is available at your address try: www.nbnco.com.au

We really thank you for your interest, but at this time we are providing IT Support only to local Businesses. We cannot give IT help to private or residential customers unless they are related to the businesses we support.